Faster Speeds in Resolve with Sapphire 2022.5

I’ve been either a Sapphire customer or working on the Sapphire product team in some form since the early 2000s, and during this time I have learned many unique and endearing facts about professional editors, artists, colorists, and compositors. They all love snacks, are either dog or cat people, and as a rule, love what they do. One other unifying trait bubbled up early on and remains true to this day — all post-production professionals crave speed. Whether it’s the editor cutting a sizzle, mograph designer working on a toolkit, or VFX artist comping for a feature, there is never enough time and always a looming deadline. 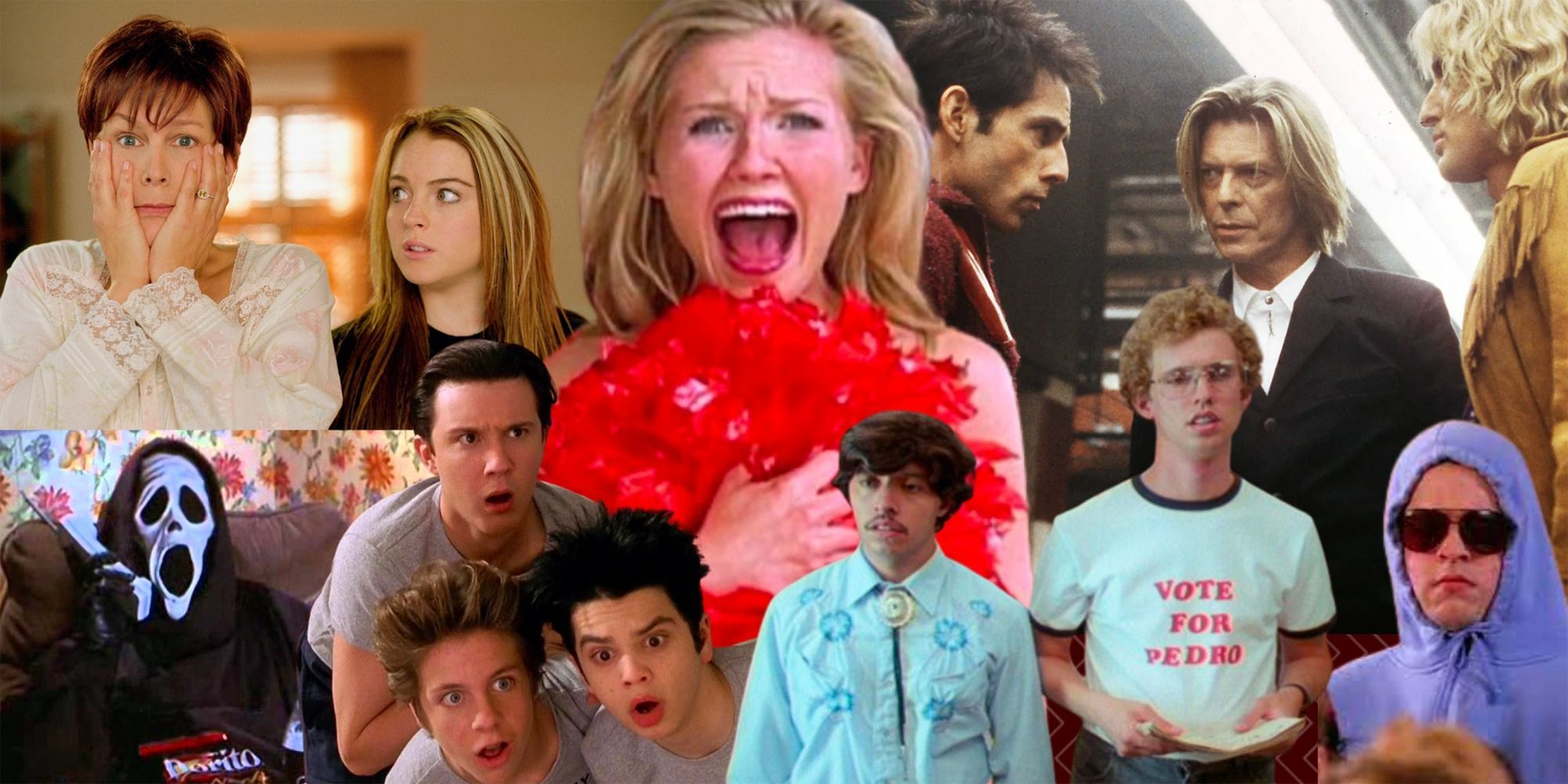 Laying the Groundwork with Multi-Frame Rendering in After Effects

When designing the roadmap for Sapphire, the team always follows a core principle — you can never be fast enough! So, with the 2022 releases of Sapphire, we were happy to focus on speed improvements as the main feature. Sapphire 2022 introduced support for multi-frame rendering for Adobe After Effects and native m1 support for Apple. Months of work went into teaching Sapphire how to render multiple frames concurrently in this new multi-frame environment, and the results were very pleasing. On average, After Effects artists using the new multi-frame rendering saw up to 1.8x faster renders with Sapphire 2022 over previous versions. This is an ongoing project with a very high ceiling for future improvements. We're very excited about building on the foundational groundwork set up in Sapphire 2022 and introducing even fast speeds in future releases. Check out the full benchmark results here.

Sapphire has gotten even faster with the mid-year 2022.5 update — this time with big speed increases for all Blackmagic Davinci Resolve users working on workstations with multi-GPUs. The coding improvements made for After Effects MFR allowed us to support rendering concurrently on multiple GPUs in Resolve. We have seen some exciting speed ups on our internal dual GPU Resolve workstations when comparing Sapphire 2022.5 (supports concurrent rendering on multiple GPUs) and Sapphire 2022 (supports rendering on a single GPU only) and can't wait for you to see the results.

Sapphire supports 3 major operating systems for Resolve, alongside CUDA and Metal rendering, so we had to test a lot of configurations. All tests ran in Resolve 17.4.6 — the new version 18 is still in beta and unreliable for results. We tested in HD and 4K resolutions but also ran some 8K because we had a sneaking suspicion that performance increases will improve with larger images. We ran tests for single Sapphire effects as well as tests with multi-effect setups for additional added stress. To run the whole suite of Sapphire (over 280+ effects) on all configurations was just not feasible due to time; one test can take up to 3 days! But thankfully under the hood, Sapphire is made up of a core group of  “building blocks.” Knowing this, we were able to benchmark a subset of effects and be confident they are representative of Sapphire as a whole. We ran all tests equally with Sapphire 2022.04, which limits rendering to a single GPU, and Sapphire 2022.5, which supports rendering on multiple GPUs.

Here’s a snapshot of the dual GPU workstations we tested on:

We learned a lot about rendering in Resolve during our testing process, and found that matched GPUs always offer the best results for Resolve in general, and when rendering Sapphire in Resolve. While it might seem logical that any two GPUs are better than one, our testing results do not agree. We found that mismatching GPUs can often lead to a slowdown if the cards are not close to equal in power, even for native FX in Resolve. In certain situations, an extremely powerful GPU is faster on its own than pairing it with a secondary less powerful GPU. Fortunately, Resolve allows for easy control of which GPU is active via the preference panel, so when using mismatched GPUs, Resolve can always choose the most powerful.

Benchmarking plugins is always hard to keep scientific because of so many inherent variables. When reviewing this data, keep in mind that these results are a best effort but will vary on different workstations. A change in operating systems, GPU, frame size, choice of effect, and the complexity of effect can introduce different variables and add noise to the data. So with that being said, let’s break down our results!

Windows: Sapphire renders on the GPU with CUDA support for all modern NVIDIA cards, which we define as an NVIDIA GPU with compute capability 3.5 (Kepler) or above. More information can be found here under "Supported GPUs." Thanks to our friends and partners at NVIDIA, we were able to test with dual Quadro RTX A4500s, which provided a nice high water benchmark. We were also spoiled when creating this superstation with the 32-core Ryzen Threadripper 3970X processor, thanks to our friends and partners at AMD (it's good to have friends). FYI — this machine also functions as a whole room supplementary heat source.

8K: During development, we hypothesized that larger image sizes should see great speed improvements, which proved true when running an 8k test. With 2 identical RTX A4500s in Windows, Sapphire 2022.5 is on average 2.6x faster in 8K. It's up to 3.9x faster on some single effects and could be 6x faster or more on multiple effect combos.

macOS: We had to beg, borrow, and steal to get time testing on the Intel-based MacPro “CheeseGrater” machines with dual AMD GPUs. Thanks to our generous friends and longtime beta testers David Crites and Sandy Imhoff, we were able to benchmark the MacPro. Here are the results: 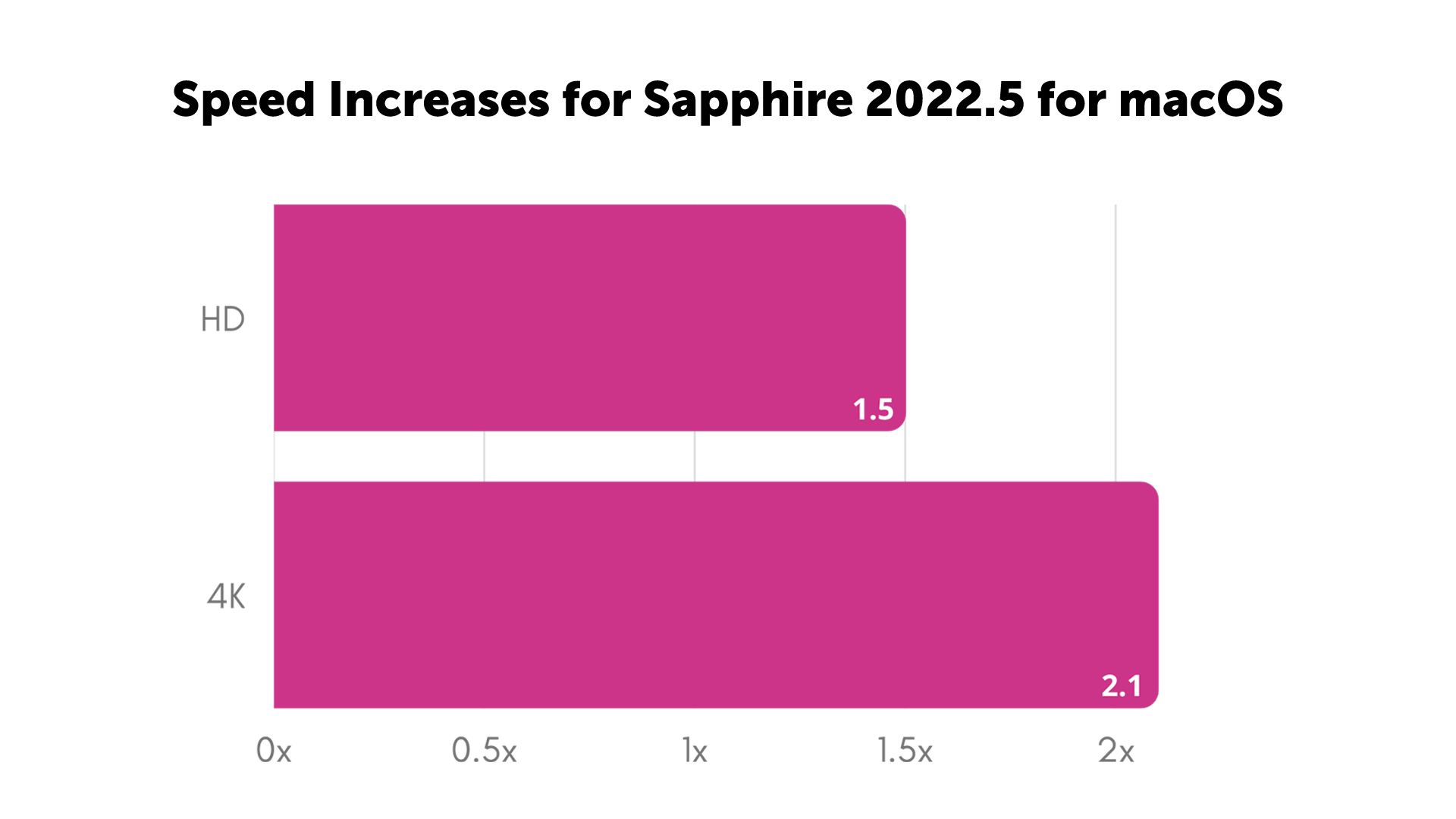 HD: With an intel MacPro with 2 identical Pro Radeon II Duo in macOS, Sapphire 2022.5 is on average 1.5x faster in HD, up to 1.6x faster on some effects, and up to 2.4x faster or more on certain effect combos.

4K: With an intel MacPro with 2 identical Pro Radeon II Duo in macOS, Sapphire 2022.5 is on average 2.1x faster in 4K, up to 3.4x faster on some effects, and up to 4x faster or more on certain effect combos.

Linux: Our Linux testing machine is part of the Sapphire labs, so it was ready for the challenge. While featuring a slower CPU than our other machines, the massive A4500s pulled their weight and produced impressive results.

Learn more and download a free trial of Sapphire

We feel the need for speed. The new mid-year update adds support for multiple GPUs in DaVinci Resolve, 150+ new presets, and more.