Debra Khoo is a visual effects artist at HBO Hudson Yards, NY with nearly 20 years of experience in motion graphics, animation, compositing and rotoscoping. She works mainly in After Effects, Cinema 4D, and Boris FX Mocha Pro. Her credits include From The Earth to the Moon (Limited Series), Game of Thrones: The Last Watch, First Cow (movie), and handling many promos for HBO, HBO Latino, and HBO Sports. And she recently gave birth to a sweet little boy! Follow her on Vimeo, Behance, and Instagram. 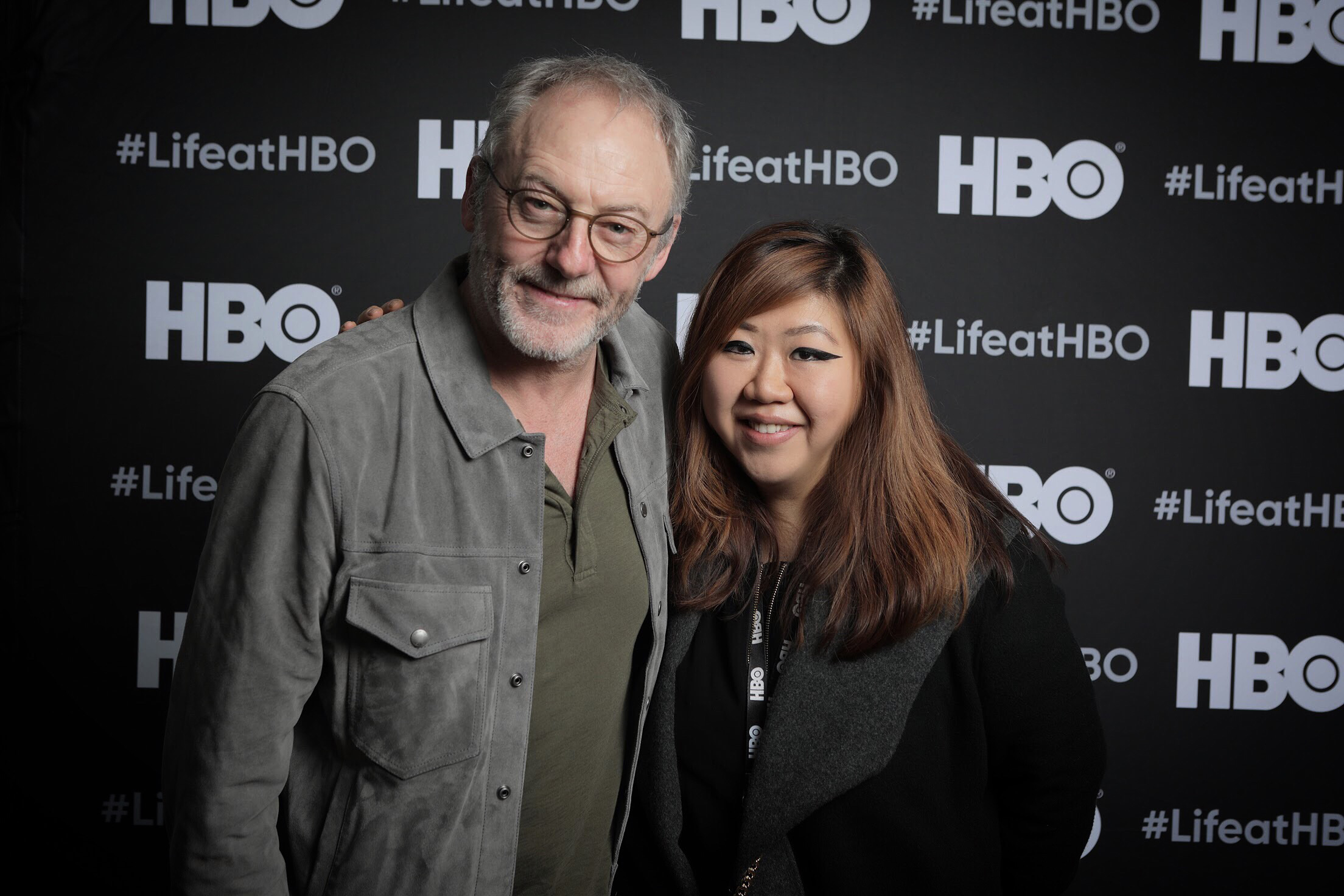 Debra Khoo at the HBO premiere of Game of Thrones, Season 8

I’m originally from Kuala Lumpur, Malaysia, and fresh out of university (RMIT, Melbourne), I started with a boutique post-production house called VHQ Post in 2001. This was my first exposure to Autodesk Henry and Flame as well as the post-production workflow. After 13 years of working in Malaysia with a few other renowned post houses, I migrated to New York and started out as a freelancer with companies like BBH, Al Jazeera America, AKA NYC, and landed my first full-time gig with HBO. This was my dream come true moment.

What are your go-to Boris FX plugins, and which effect/features do you rely on most?

Mocha Pro will always be my first love as I do a ton of roto and track. I love the new Mega Plate updates and I hope to try it out on some shots one day. My nickname in HBO NY is currently ‘Roto queen’ but I hope to become a kick-ass VFX compositor someday. Also, some of the Sapphire Blur + Sharpen and Continuum Key + Blend. We just got the Silhouette Paint and I can’t wait to go to town with it.

So many to mention but if I were to pick just one, hands down it was to work on retouching shots for HBO’s Game of Throne’s docu ‘The Last Watch.’ Not because it was a challenge but it was also an honor for me being a hardcore GoT fan. My retouches and paintwork for this project were done in After Effects and Mocha Pro. Another project I feel most proud of, which I am compelled to mention, was to work on AKA NYC’s ‘Charlie and the Chocolate Factory on Broadway’ TVC. This was a very challenging project as I was the lead VFX compositor, motion graphics designer, cloud and bubbles generator, and roto artist. Again, using After Effects, Photoshop, and Mocha Pro. 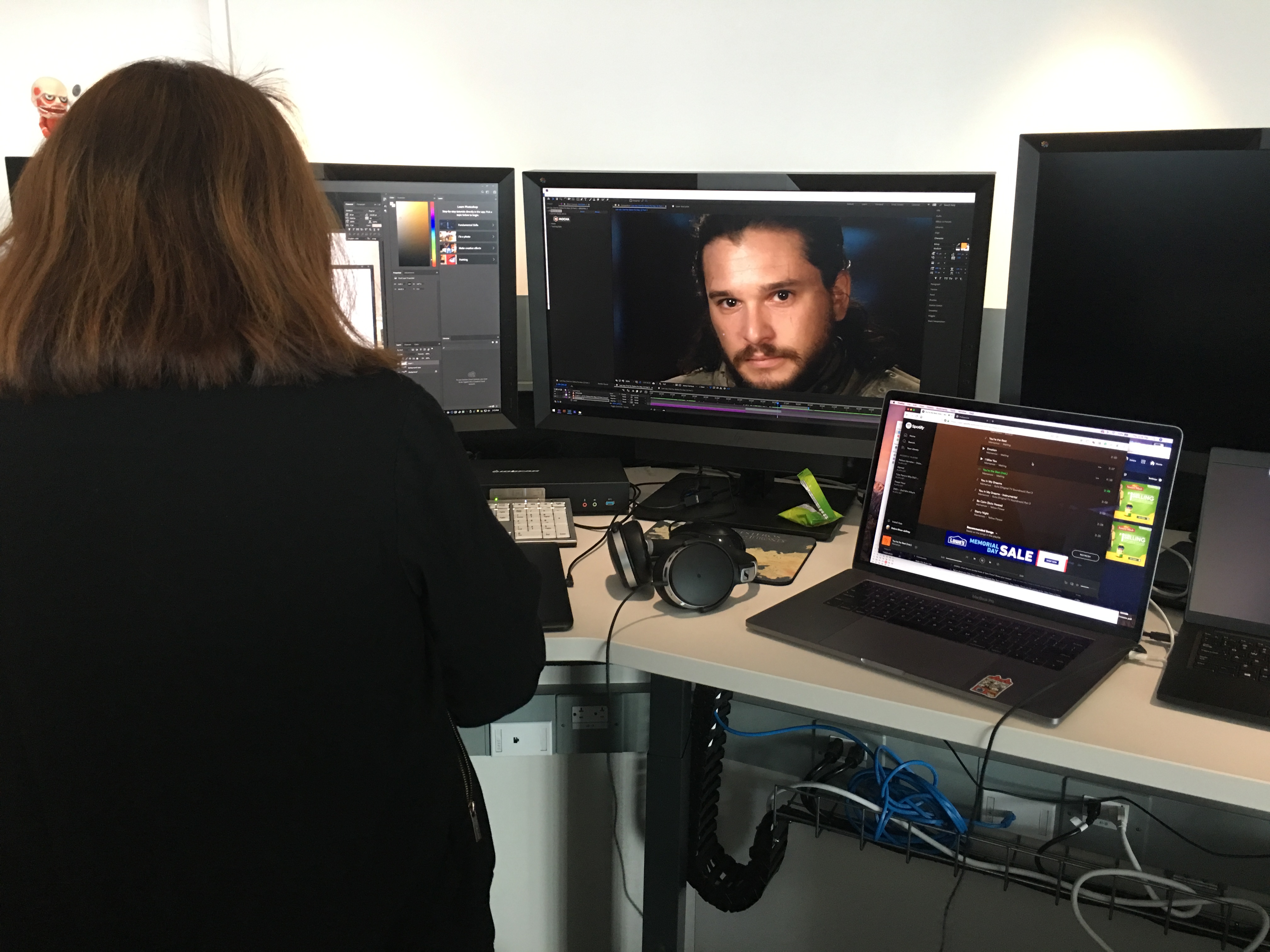 It depends on the type of work it entails. Whether it’s to come up with concept designs for a campaign, work on TV promos, sports graphics, or VFX retouches/compositing. For example, if it’s for a promo, I grab the edit and separate the shots that possess similar camera lighting in After Effects. This way, I am able to tweak and match the colour and do a quick-simple colour pass. Then I pre-comp the sections that require graphics and dive deep into researching what are the best possible styles to help carry the promo’s message and theme well.

The Z AND X key in Mocha Pro. It’s like second nature to me to place my fingers there when I start using the plugin.

Working on HBO Sports or HBO Boxing is probably one of the more stressful sessions for me as the deadlines are usually less than a day and there are many producers on the edge making multiple changes to the edit until it’s time to ‘air’ or broadcast the spot. I would always start off with playing a ‘LoFi HipHop’ track on YouTube just to ease the mood in the room. Milk tea or a Starbucks-like latte would do the trick too. I try not to snack when a client sits in during a session as I dislike getting my hands dirty unless I’m very comfortable with that person.

Tuning in to tutorial sessions/webinars from Boris FX! Haha! I always love to see what Mary Poplin and Ross Shain have in store for us Mocha lovers. Also, love to watch the ‘behind the scenes’ making of a film, and checking what Behance, mograph.net, and Pinterest have in their arsenal. Keeping myself updated on what’s happening globally in countries like Japan, South Korea, and even Mexico helps give me a fresh perspective and hunger to create and design better.

Step away from the computer and go to the gym or take a stroll just to get some fresh air. Even taking a break to dine outside of the office with a nice hot meal helps me to recenter myself if timing permits. Working this many years, you will learn to pace yourself and handle crunch time well.

Guillermo del Toro! We both are H.P. Lovecraft fans and I admire both his storytelling skills and monster crafts. An extremely ambitious, hardworking man who likes to swap stereotypical heroes with monsters. A brilliant mind which I wish to tap into if given the chance. Can I push my luck and mention Mike Mignola as well? I would love to work on his comics Baltimore and The Witchfinder one day if it gets produced into a live-action series. Wishful thinking and dreaming.

Never give up. You can never go wrong working hard to fight for your dreams. And always be mindful of time. Make it count and don’t waste it as you will never get it back.

The 2x Emmy Award-winner on working with artists like Lil Nas X, Schoolboy Q, Tyga, and Kanye West, storyboarding, and why she turns to Mocha Pro.

Why she uses Silhouette and Mocha Pro for her paint and roto work on top blockbusters, where she turns for creative inspiration, and beating burnout.