How the land of the living used Silhouette to tackle extensive paint and roto work on director Henry Selick’s latest film.

Henry Selick is the visionary stop-motion animation director behind The Nightmare Before Christmas and Coraline. Like his previously acclaimed films, Netflix’s Wendell & Wild is otherworldly, whimsical, and spooky. It’s also funny and touching as it reunites longtime creative partners Keegan-Michael Key (Wendell) and Jordan Peele (Wild) in the title roles. 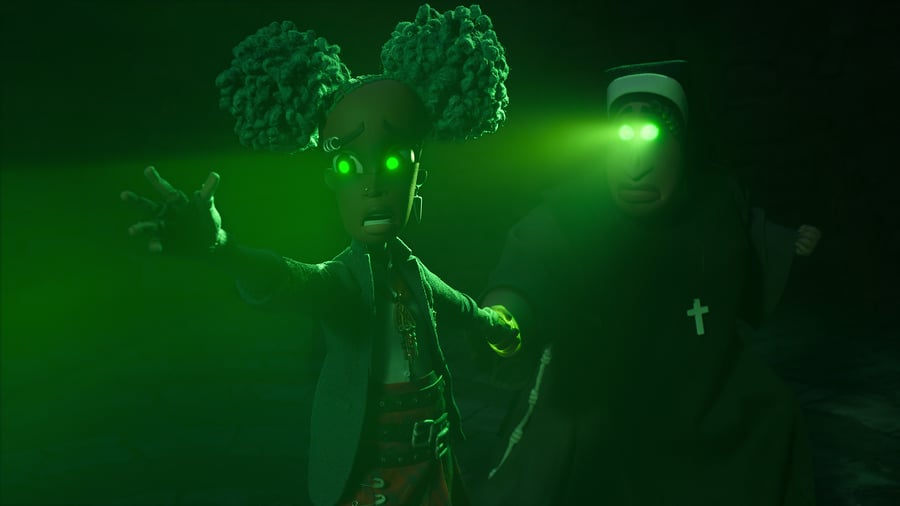 Stop-motion animation presents many quirky filmmaking obstacles, including rigs, dust, cloth chatter, and puppet faces that can fall out of alignment. “Silhouette was invaluable in dealing with all these challenges,” says Justin Graham, Roto|Paint Supervisor on the film. “We really used it to its max. The integrated Mocha planar tracker has been a real game-changer and allowed us to turn around roto tasks quicker than ever.” 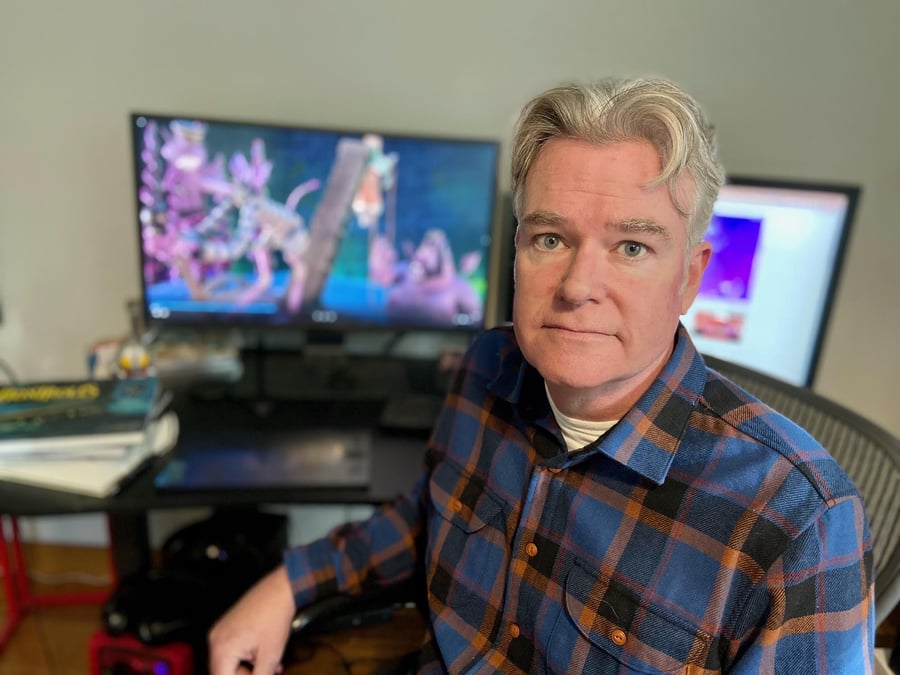 Graham, who has worked in stop-motion animation since 2010, was brought on board as the second member of Wendell and Wild’s VFX team during the first week of principal photography (October 2019). He acted as an on-set VFX supervisor working closely with the animators, riggers, and the camera team while also supervising artists on the remote paint/roto teams. “It was a unique and exciting opportunity!” notes Graham. “It was intense, fun, and creative — all the things you’d expect from a Henry Selick production.” 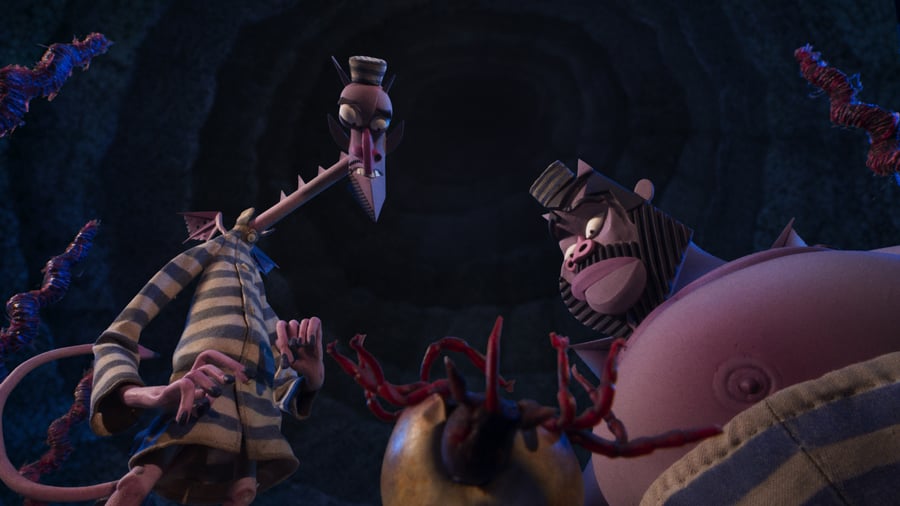 Artists tasked with rotoscoping and paint work averaged 50-75 frames per day. “Sometimes the paint/roto team was taking shots from start to director-approved on the same day they were turned over from stages,” comments Graham. “This was all possible because of Silhouette. No other tool, in my experience, allows a paint/roto artist to work as fast.” Before & After: Rig removal and beauty work

The Demon Is In the Details

The team used Silhouette on nearly every single shot of the film, but one stood out as particularly tricky. The shot involves the character Manberg feeding a demon he keeps in a jar. Selick wanted each piece of food to go directly into the demon’s mouth. However, during the stop-motion filming, the animator dropped too much food into the jar, resulting in the demon itself being obscured in a bunch of frames.

“Before they sent it back for a reshoot, which would have cost a couple of days of animation, they asked if I could take a stab at a paint fix. It needed approval that afternoon, so I only had an hour or so,” states Graham. “With the movements of the puppets, the scratches on the jar glass, and the complicated lighting, I knew it would be a tough one. But I launched Silhouette, and with its amazing clone tools — frame offset, interactive align, and onion skin overlay — I was able to deliver. Henry loved it! I’m not sure it could have been accomplished in time without the speed and ease of use that Silhouette offers. That was definitely a case where Silhouette saved the day.” Before & After: Paint fix and beauty work

“Silhouette works like a charm with our Nuke VFX pipeline. We almost always export splines from Silhouette and import directly into Nuke. It’s fast, easy, and saves us tons of time and disk space as compared to rendering out mattes,” continues Graham. “Another great thing about Silhouette is you can render out your paintwork premultiplied. It makes for a quick local render and small file sizes. Then you can import it into Nuke and merge it into your node tree. And, of course, the Silhouette for Nuke node came in super handy for quick fixes right in the comp script!” 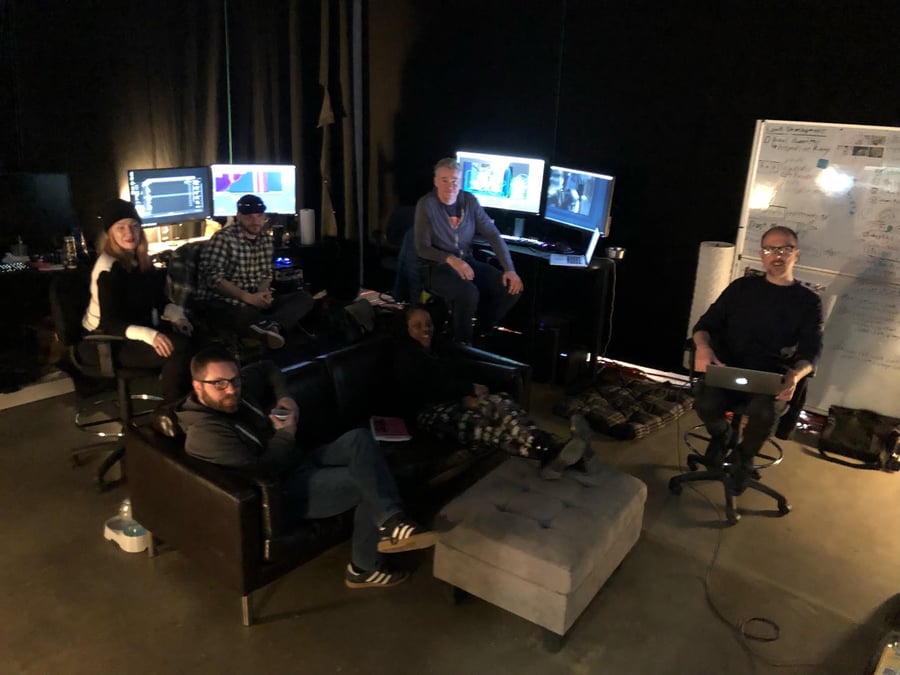 “Working with this team of artists was really fun,” ends Graham. “It was especially great to give the artist a shout-out when our director sang the praises of a beautiful-looking completed shot. (Of course, it was also nice to get the credit when I did the work myself).”

Learn more about Silhouette and download a free 15-day trial

How the nominated team at Spin VFX uses Sapphire and Mocha Pro on Netflix's The Umbrella Academy.

Why I 🖤 Continuum: Bradinn French, Film & Television Editor and Producer

The LA-based editor on why he turns to Continuum inside Avid Media Composer and Adobe Premiere Pro to help quickly key, track, and composite.