Bridgerton, Season 2 Unveiled: One of Us, Invisible VFX & Silhouette

Go behind the scenes on Shondaland’s Netflix Emmy-nominated series, from advanced rotoscoping to clean-ups and paint work.

The invite of the season is upon us as Lady Danbury’s glamorous ball officially kicks off lazy summer days, leading to ever more scandalous summer nights. This morning, whilst on promenade, I uncovered some of the delightful secrets behind season 2 of our Emmy-nominated Bridgerton (Netflix). My faith in reality — what is or isn’t real — has been rocked to its mortal core as three artists from One of Us (of Holden House in London) laid bare their creative endeavours. 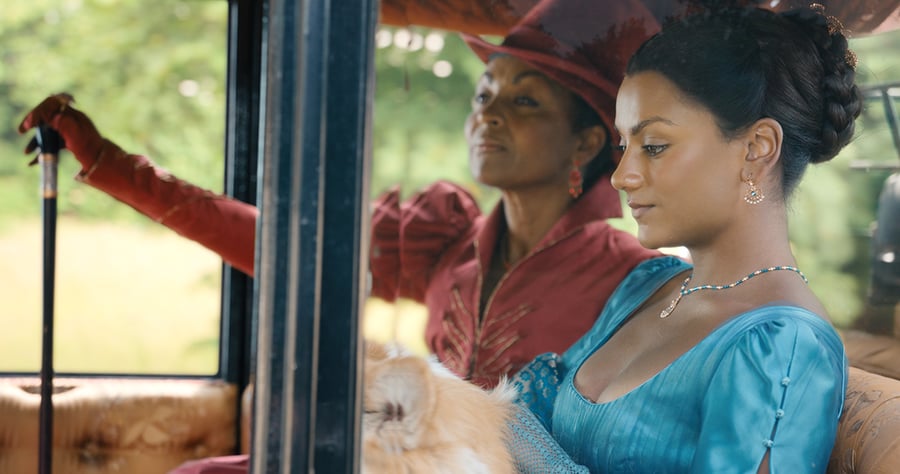 One would be remiss to assume a lavish period piece like ours doesn’t need visual effects. Much like the Queen’s eye towards choosing the diamond for the season, our visual effects are also hidden from prying eyes with invisible effects work, including rotoscoping, paint, and clean-ups. In fact, the distinguished One of Us family completed nearly 250 shots during the course of the season and turned to Boris FX Silhouette to help speed up tasks.

video credit: One of Us/Netflix

Lady Charlotte Curtis and Lord Eugene Rachevsky, both of whom are roto/prep artists, were spotted using Silhouette to tackle rotoscoping.

“Typically, I would spend 2-3 days on a shot, though it could be anything from one day to two weeks. Personally, I find Silhouette much quicker for roto tasks than other software,” divulges Lady Curtis. “Throughout the process, there was a large amount of horse roto which involved a lot of rapidly moving shapes. However, the movement of shapes was fairly repetitive so I was able to duplicate the shapes and move the keyframes easily, and then nudge into place, which saved a lot of time, especially with four legs each!”

Lord Rachevsky reveals, “I mainly use Silhouette when I need to do complex roto work (e.g. walking people, animals). In my opinion, this is where Silhouette really shines.” He continues, “Spline control, weighted keyframes, shortcuts, and software responsiveness even with high-res images are the main factors that increase the speed of my workflow.”

Viscount Laurens Vermeulen, a compositor, relied on Silhouette’s built-in Mocha. “In some shots, I had to do some clean-up work. Because there was a lot of camera movement, it was getting tricky to do everything with 3D projections,” discloses the Viscount. “Tracking it in Mocha and match-moving it with corner pin gave me quicker results for this specific task.” 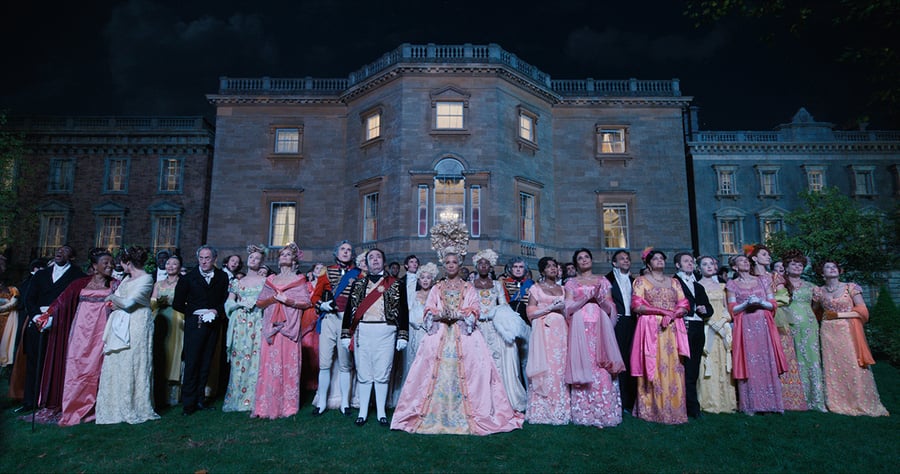 In addition to using Silhouette’s integrated Mocha tracking, Lady Curtis even turned to Boris FX sister product Mocha Pro (now included free with Silhouette 2022) to track parts of a plate. After copying the tracking data into Foundry Nuke, she painted patches to remove modern items like vents and wires on roof and wall segments.

Speaking of Nuke, Lord Rachevsky reports that he exports his Silhouette splines to the compositing tool ninety-five percent of the time. However, since motion blur from Silhouette appears differently, he sometimes prefers to render his mattes directly within the Silhouette application itself.

Esteemed members of the Ton, I’m thrilled to announce that all three artists also shared an overwhelming sense of excitement over having had the pleasure of working on our season.

What unseen effects can we expect in season 3? I, for one, am waiting with bated breath.

Learn more about One of Us

Who will take home the Television Academy's top prizes? Nominated artists discuss how they use Boris FX plugins to add invisible and visible VFX.

Nerd out with Emmy-nominated visual effects teams as they share how they use Silhouette to create the unseen.