How Robert Hranitzky created his genre-mixing ode using Sapphire effects inside After Effects.

A long time ago in a galaxy far, far away…well, not that long ago (five years)…Robert Hranitzky, a Munich-based creative director and motion designer, had an idea. The result? A love letter to Star Wars with extremely high production value that spoofs YouTube/influencer unboxing videos and features some very relatable technology woes.

Not only did Hranitzky write and direct the almost 9-minute film, but he also pulled some serious Jedi mind tricks to build the physical sets and prop pieces, recreate them virtually from scratch in Cinema 4D and Substance Painter, design and animate UI elements — and tackle all the VFX and compositing himself using Sapphire plugins inside After Effects. Since its perfectly timed “May the Fourth” YouTube release, E-11: Standard Issues (A Star War Fan Film) has blasted into hyperdrive with over 1 million views. 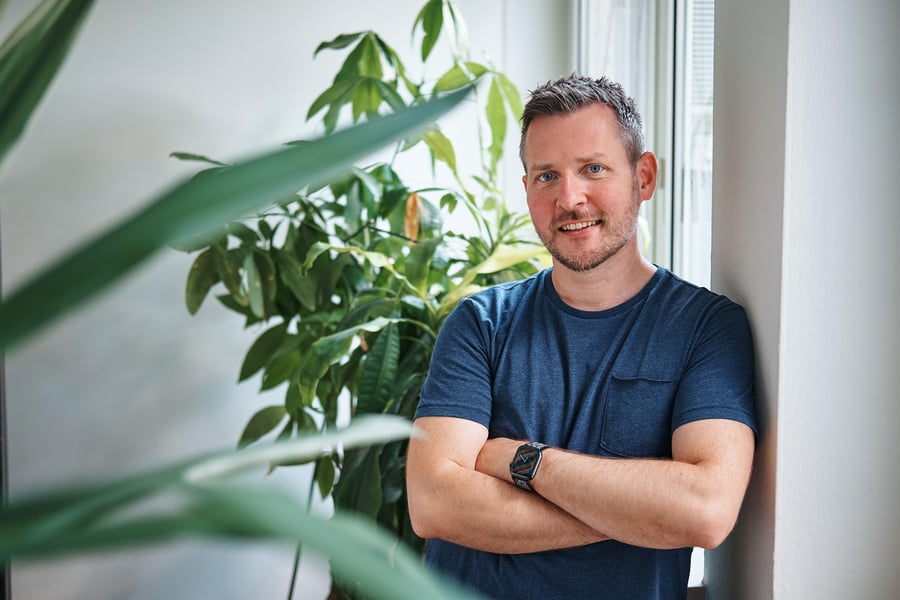 “Star Wars has a special place in my heart as it was the film that had the most impact on me as a child. It really lit a creative fire in me and contributed hugely to why I pursued a career as an artist,” says Hranitzky. “It’s wonderful that it spans multiple generations and really is timeless in many ways. There are not too many films that can be enjoyed simultaneously by kids, their parents, and even their grandparents.”

“E-11: Standard Issues was a true labor of love. During the pandemic, it snowballed quite a bit in terms of scope, quality, details, and the work put into it,” continues Hranitzky. “It allowed me to fulfill a childhood dream and, at the same time, show and improve all my creative skills.”


Hranitzky, who works on commercials, film projects, and opening titles, and is also a popular speaker on the Adobe circuit, has used Sapphire ever since an internship at Sehsucht (a major motion design studio in Germany). “Sapphire has been one of my favorite 3rd party plugins,” states Hranitzky. “The tools are totally essential to my day-to-day workflow with After Effects. It’s the combination of speed and quality mixed with the reliability that really makes them indispensable for my work.”

E-11: Standard Issue is his most ambitious personal project yet, and it has more Sapphire effects than a Jawa Sandcrawler filled with scraps. Among the many effects used are the ever-popular S_Glow and S_Zap lighting effects, S_WarpChroma to add finely tuned chromatic aberrations, S_Grain, S_Vignette, S_Film, and S_TVDamage. In addition, he turned to S_MatteOps and S_MatteOpsComp to help composite and sister product Mocha Pro to track and mask the blaster box.

“S_Film and S_TVDamage were really important to create the desired look for all the UI and screen animations like what is seen on the iPads in the desk as well as in the scope,” notes Hranitzky. “I used S_WarpChroma in the scope as well to a rather exaggerated extent as it really helped to make it look more believable.”

“S_Glow was used extensively in combination with the Jawa sequence, which also features S_Zap for lighting effects that go around the body,” adds Hranitzky. “The glowing orangish eyes were enhanced with S_Glow as well to give it more of an optical and thus natural-looking effect.” Hranitzky turned again to S_Glow, which is one of his favorite effects, to add and dial in subtle atmospheric effects with the smoke footage during the climatic shooting range sequence.

“There are a few effects that can be generated with just default After Effects plugins, but then you have to understand that combining and creating these would be quite a task (and quite a setup with countless precomps!),” remarks Hranitzky. “Whereas Sapphire neatly combines these in just one tool. I love that I can create and provide for my family by being a creative professional. It is a true privilege to love what you do and earn money from it.”

Learn more about Sapphire and download a free trial.

How the team used Mocha Pro and Silhouette together on 3 of the 5 films nominated for an Academy Award for Visual Effects Achievement.

Veteran Avid editor on his top Continuum effects and tools and why the plugin package has something for everyone.