The Beauty of Prey's Editing

Top 10 quotes from Angela Catanzaro, ACE, on what it was like working on the Predator prequel, the role of silence in visual mediums, and more.

The first thing I did after watching Prey was look up where it was shot. The landscape is breathtakingly stunning. I even gasped at a few points. The latest installment of the famed Predator franchise takes us back over three hundred years and is set within the Comanche Nation of the Northern Great Plains. Director Dan Trachtenberg and his cinematographer Jeff Cutter perfectly capture the seemingly neverending expanse of grasses, rivers, and woods that play a central role in the coming of age meets sci-fi thriller.

The cinematography leaves such an impression that editor Angela Catanzaro, ACE (who took over from another editor) mentions it as one of the many reasons she was genuinely excited about the project. She was recently featured on Art of the Cut where she waxes poetic about the importance of silence in the film, why being on the mix stage is her favorite part of the process, and how editors can lift up assistants. You can listen to the full podcast episode here.

P.S. Prey was filmed on location near Calgary, Alberta, Canada, mostly on Stoney Nadoka Nation lands, in case you're also currently daydreaming about its beauty.

P.P.S. If you like the look of the Prey title sequence, we've recreated it using our tools. Includes project download.

We had so many scenes in this movie that really lent themselves to being wordless and some that were even shot with dialogue and scripted as dialogue scenes, and then we turned them into either a mini-montage or a scene that was intercut with another scene but just eliminated all the speaking. Not only was it not necessary, but we discovered in some cases that it made the scenes so much more effective and more powerful, and hopefully more enjoyable for the audiences.

For anyone who's ever been camping, you know sometimes you wake up in the middle of the night, and you just hear something. It's easy to have a musical accompaniment and feel like it's really ratcheting up the tension, but sometimes reducing and eliminating things off the palette is the trick, at least here it was, to make you feel that uneasiness. Every little branch break, every little weird bird, all those sound effects. Again, hats off to the sound crew, who really did a tremendous job creating that landscape. It was spooky. Sound is really a big part of creating that tension. 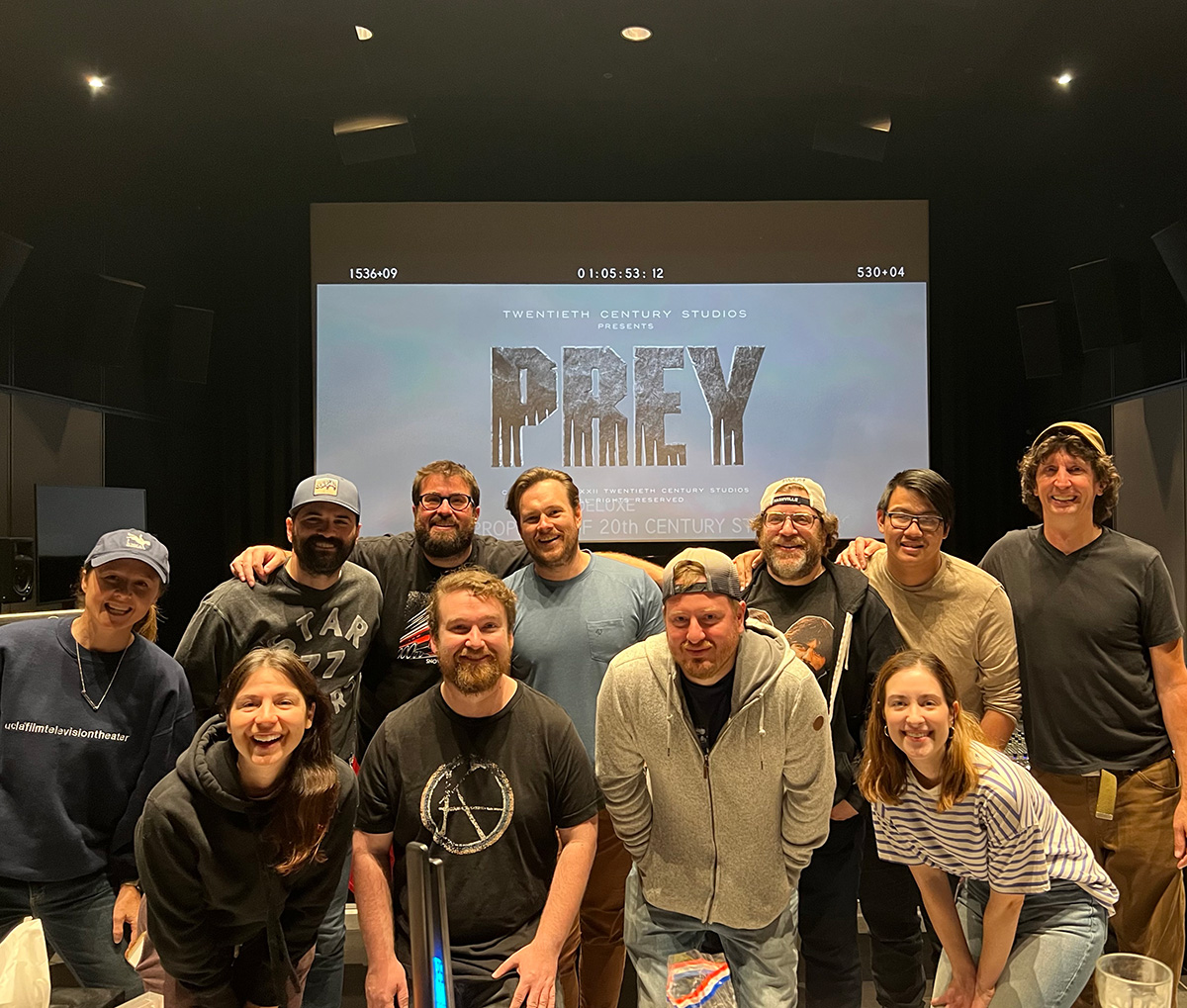 Once we got into the final mix, I tried to be there as much as possible. That was only because I really enjoy it. That is really my favorite part of the process, and anytime I can just sit in the background and listen to the team making what we did just sound incredible, that's really gratifying. It is my absolute favorite thing. 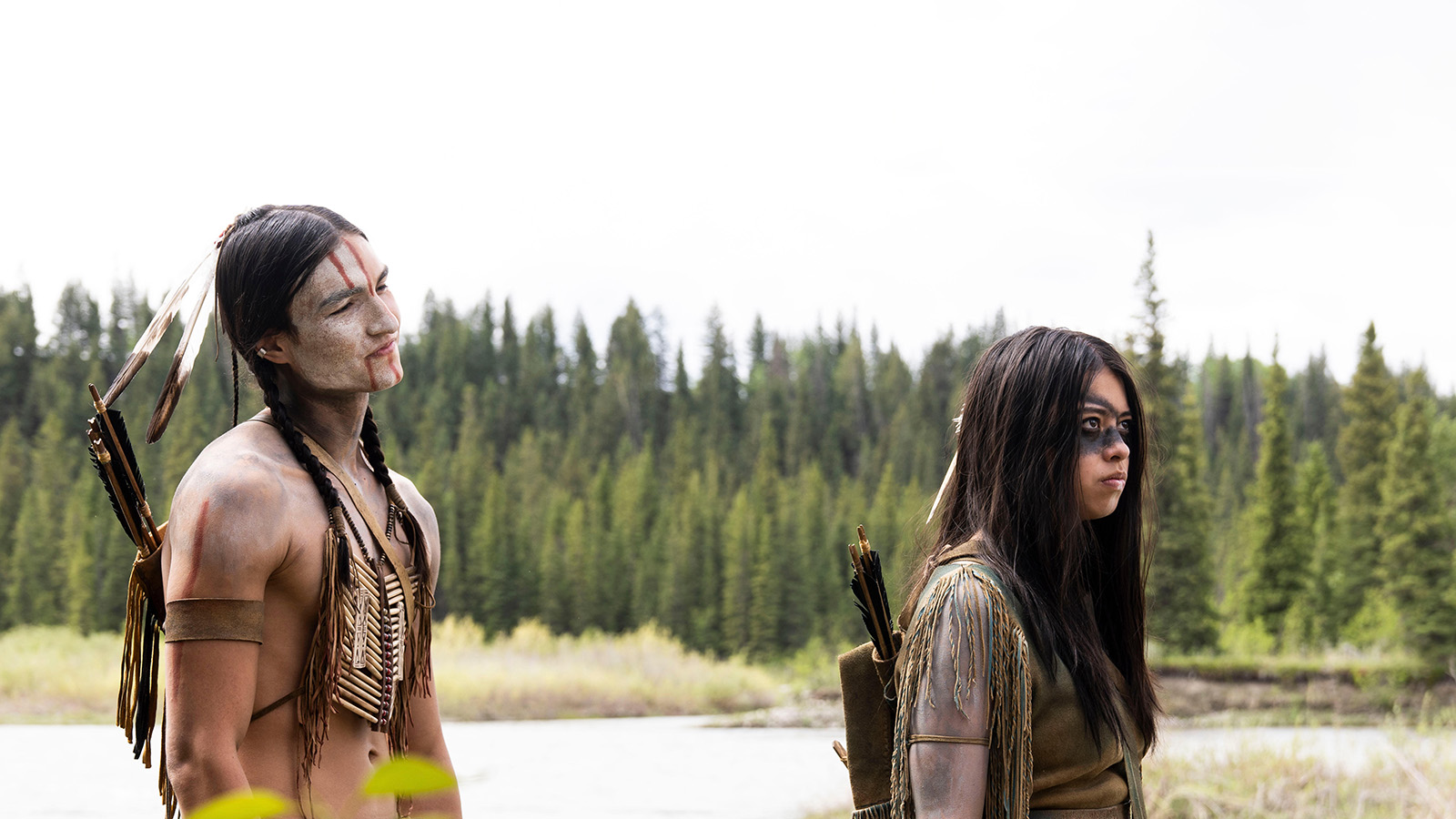 We had to be very careful because we wanted everything to be very accurate. We had several Comanche advisors on the film to help us ensure that we were doing everything correctly regarding how Comanche culture functions and what Comanche music is like. We wanted to really be accurate, so there were things that musically sounded like they could work for Comanche culture, but we did not use them. We needed to be very specific to that exact culture.

We had a fantastic visual effects team, including our visual effects editor, Ben Howdeshell, and he was able to work some magic. So, if I told him, "Ben, we want a spaceship, we want it going this way, we want it going into the clouds, and it should probably last three seconds. And then we want Predator to rise into the frame and sit there for two seconds and then turn and walk away," he could mock it up within a couple of hours. He was really so helpful to us and worked so much magic, so we didn't have to imagine quite as hard as we would've otherwise. 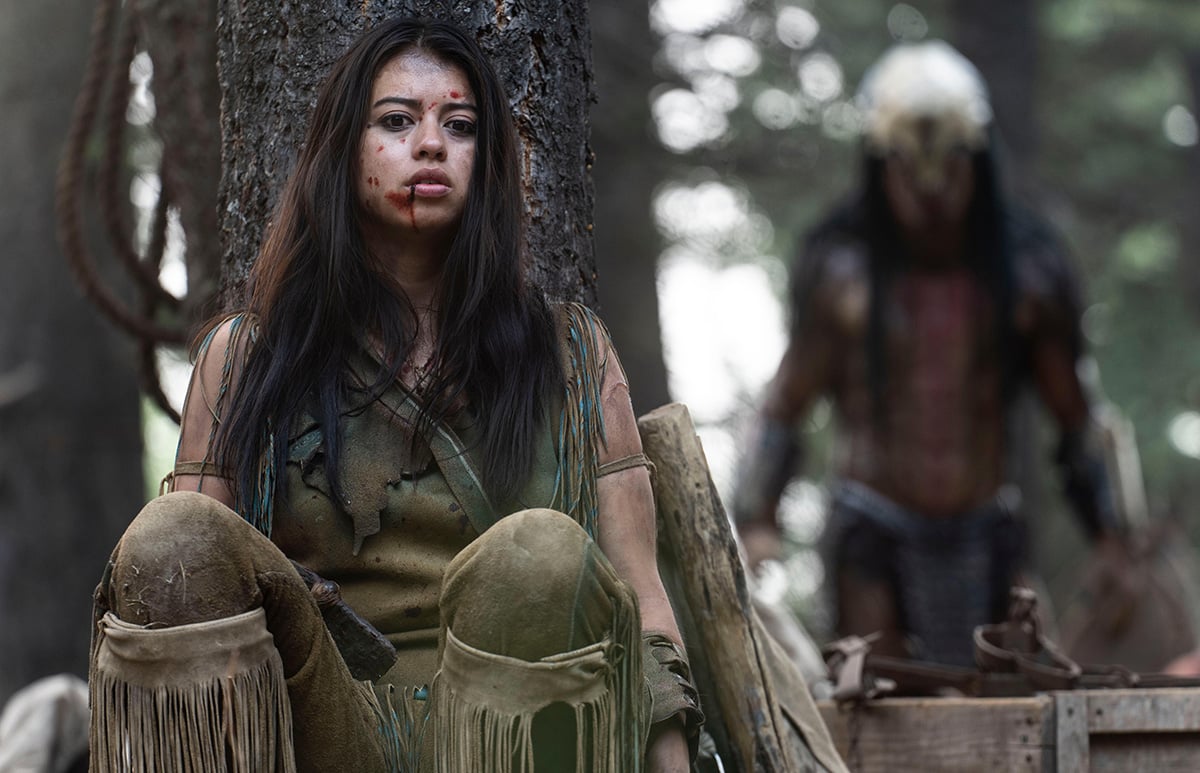 Sometimes it was really effective to be caught off guard by Predator. We are in quieter moments. The cutting isn't frantic. We reserve it for when we need it to drive to the action scenes. If we're not completely dry, then we have an eerie tonal, more amorphous sound landscape that's not super effects-driven, things that tonally prepare us for what might be a big throw down but don't put us quite there yet.

We really did work to try to tell the story from her (Naru played by Amber Midthunder) perspective, but one question that we kept asking ourselves was about the subtitles for the French-speaking characters. We decided not to subtitle them, and that was really because we wanted to try to remain in her point of view because she wouldn't know what they were saying, so why should we? 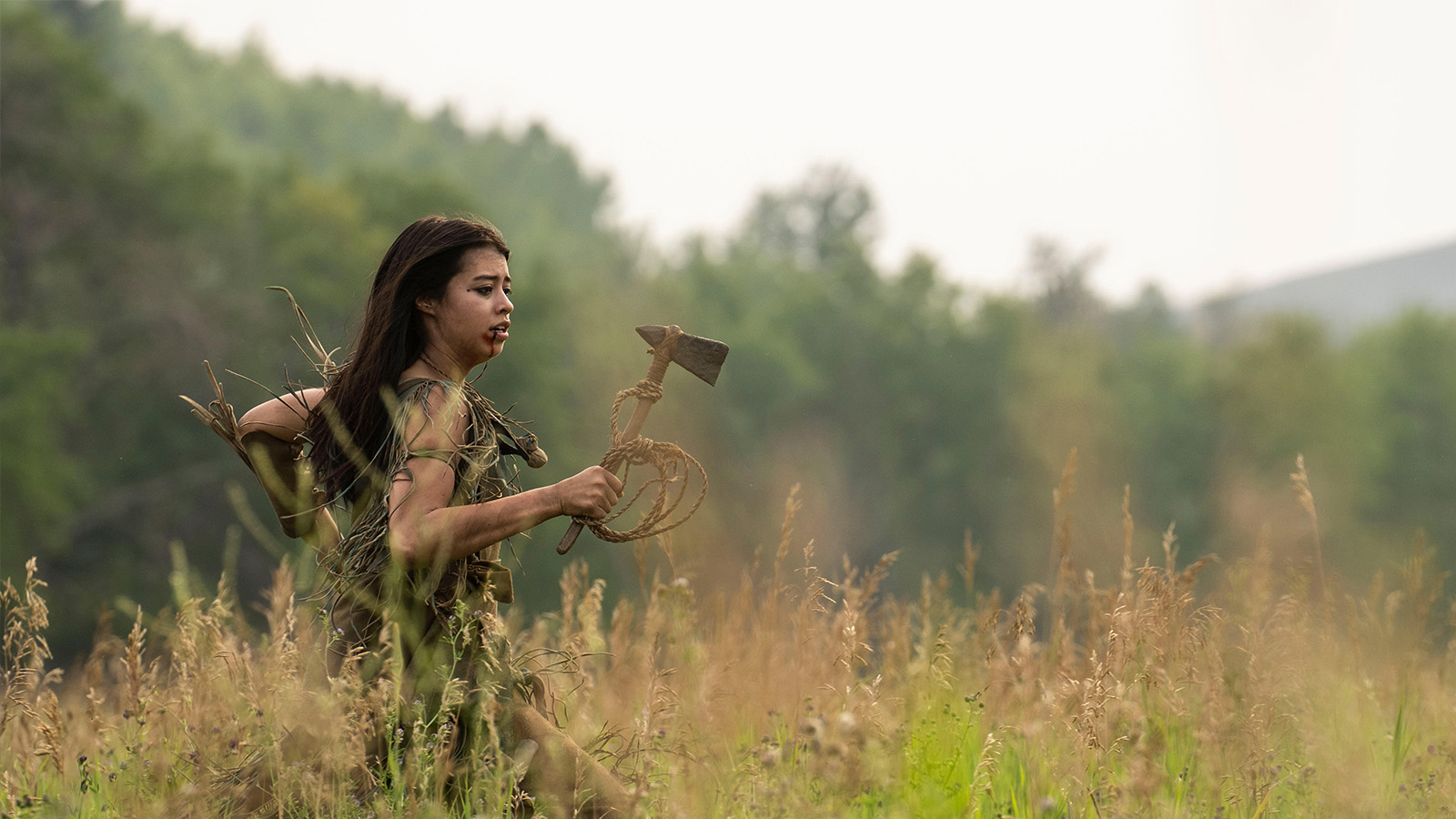 There was never a scene that was safe or locked for sure that we were 100 percent sure: "This is the absolute best version." We never said that about anything. Everything was always in flux, and, in fact, we had an Avid on the dub stage — and that wasn't to check visual effects shots. It was because we were cutting. I believe we even made a change the day before we print mastered.

If you want to cut and you're an assistant, it doesn't matter whether it's a big movie or a TV show. You need to be working for someone who will let you cut, encourage you to cut, give you feedback, tell the executive producer that “my assistant cut the scene” — after they have said they like it, of course! You wouldn't want them to say, "This scene is shit.” Then you say, “Well, that was my assistant." That's the wrong way to do it. 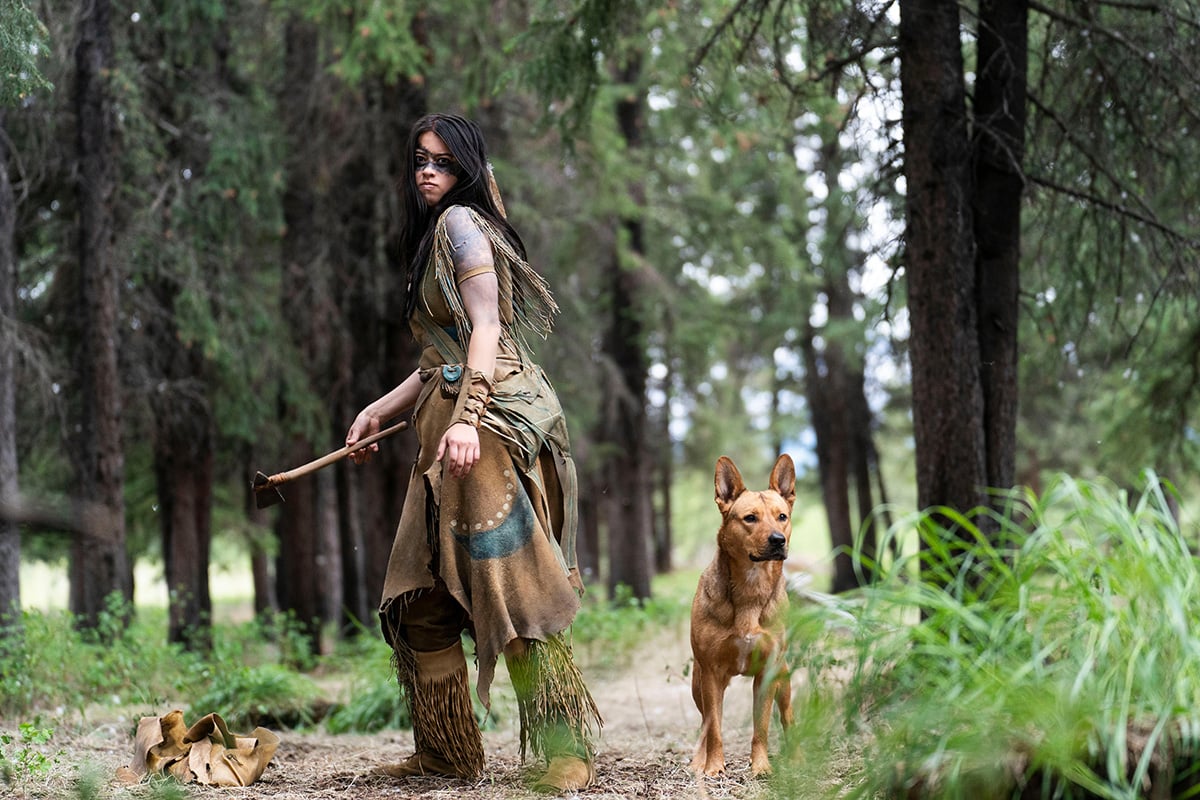 I think it's actually much harder now that so much work is being done remotely because you don't get that face time with executives or the producing team. They don't really know who is on the crew. If you're not in-person, how would they know? Because when I'm doing notes with my producer, it's just me. So, I think it's a little bit harder now for assistants on shows that are remote to get recognition. So, editors, prop up your assistants. If they're good and they want to cut. It's up to us, really, to get them out there and push 'em out the door.

Want more? Read the full AOTC interview and listen to the full pod.

An important message from founder/president Boris Yamnitsky on how the team is easing the transition to working from home.

The Surgical Precision of Editing Severance