As I binged the first four episodes of The Bear last night (available exclusively on FX on Hulu), I got hungrier and hungrier and more and more stressed. I’ve never worked in a restaurant kitchen but have friends who do. Every single one of them has said this is the most accurate portrayal of what it’s really like to the point that it’s painful to watch at times. The tight shots, extreme close-ups, editing, and overlapping dialogue of the characters cook up an intense, intimate look at restaurant life.

Swing by your neighborhood restaurant, place your fave order (and remember to be kind and say thank you!) and take your lunch break with editors Joanna Naugle and Adam Epstein, ACE, as they chat with Art of the Cut about the ingredients that make up this summer’s must-watch series.

Chris Storer is the most enthusiastic creator of a show I've ever worked on. He was endlessly positive. We'd send him a cut, and literally, 28 minutes after sending it, he'd say, “I just watched the cut. It looks so dope. Here are some thoughts, and I'll follow up more.” His energy is infectious because he clearly loves the show and loves the process. His sister is a chef in real life. He’s from Chicago. It was a very personal story to him, and he understood the language of the restaurant really well. — Joanna Naugle

When I first saw that pilot, I thought, “Oh my God, this is nuts!” They were very smart about how they thought out the overall arc from a big-picture level. — Adam Epstein 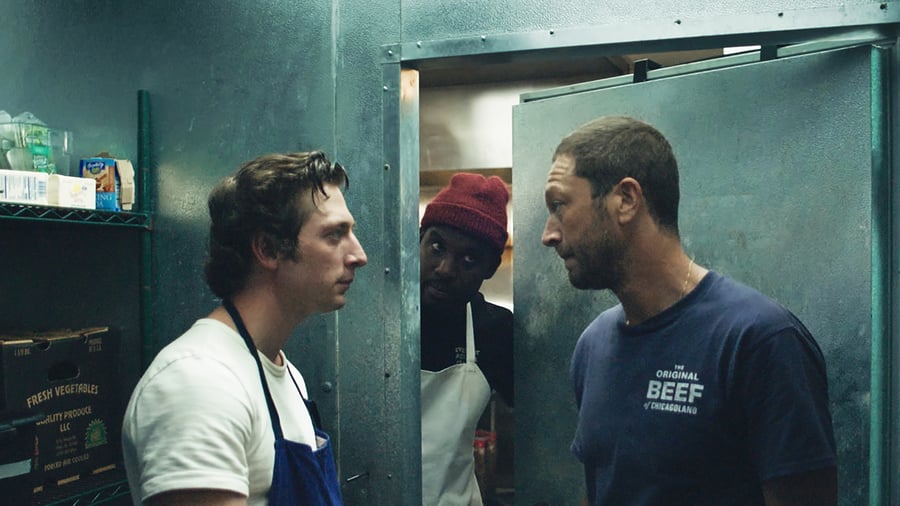 It was a little bit of art imitates reality, imitates art situation. A fun fact is that they shot the pilot in an actual kitchen, and then they rebuilt the kitchen for the actual series but didn't shoot it in a studio, and so I had to keep reminding myself, “Oh, they're not in an actual kitchen.” They did such a good job. They intentionally boxed themselves into the tight kitchen space, just from the nature of the show. The extreme closeups of the food or the faces really did lend themselves to these feelings of intensity between these characters. The moments where you see a wide of the kitchen are really chosen at very specific moments because everything felt so much more personal when you're seeing two people yell at each other in closeups, rather than it playing out in the wide. — Joanna Naugle 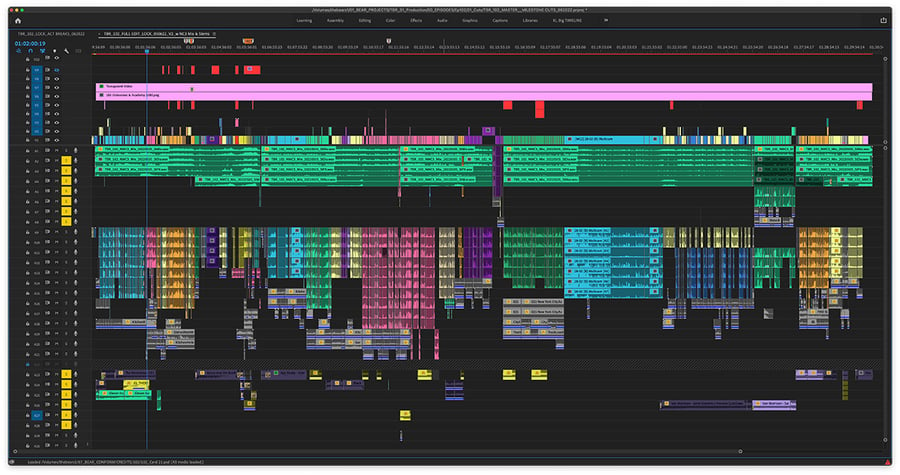 It's very rare, if ever, that we said, “Here's the exterior establishing of the restaurant, or were at the house” It's just “boom, you're in it.” It was great to have that resource to be able to design different transitions that weren't the most predictable. — Adam Epstein 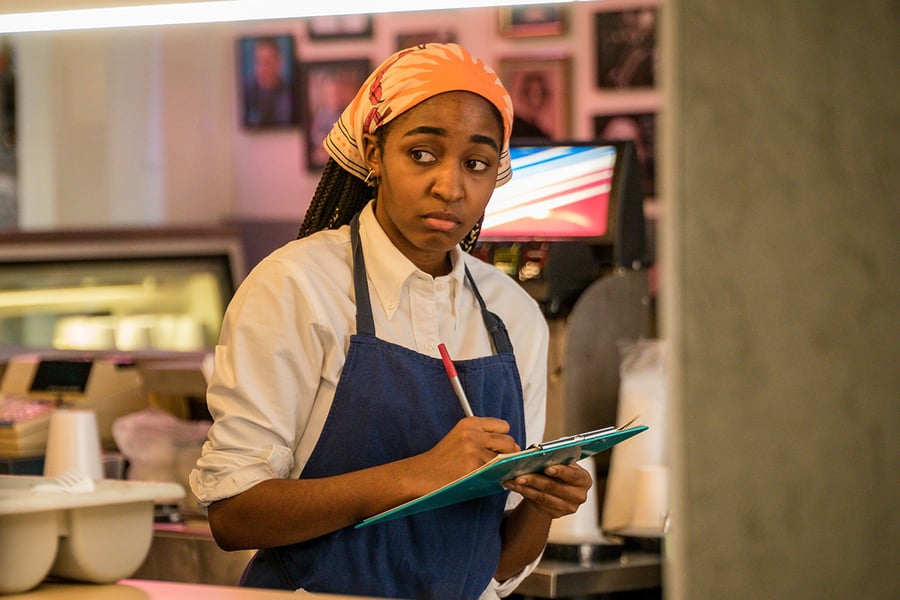 Maybe you caught what someone said, or maybe you didn't, but it should just feel like the room is full of these different voices. It should feel like a family-type organism, and everyone's playing their part and wisecracking or adding to the overall feeling of being in that place. — Joanna Naugle

I've had people tell me that it’s so cool to have these 30-minute dramas where it's tight, but it's also so much story that's packed into it at the same time. I don't think it was like that by design until we started getting into it and figuring out what is going to be the eventual length for these episodes. So much of that was when Chris would say, “Let's get through this." Then that scene would end up shrinking by 60%, which would then take the episode down five minutes overall, and you would realize, “Wow, this really is a 30-minute episode with an hour’s worth of story. — Adam Epstein 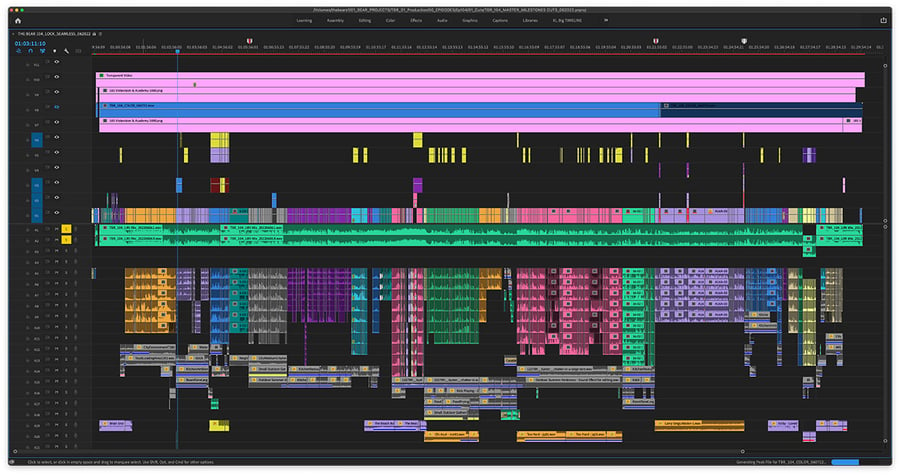 We had the most epic B-roll project because they did the full beef process so many times. We were using a shared project system, so if you're in the B-roll project, we had food beauty shots, kitchen beauty shots, and messy kitchen shots. It was such a great resource because Chris was talking about how fire should be a motif throughout. We had so many different angles and focal lengths on fire turning on or things like that. We made use of that throughout the season and could easily cut to a cooking montage if we haven’t seen food in a while. No need for reshoots. — Joanna Naugle 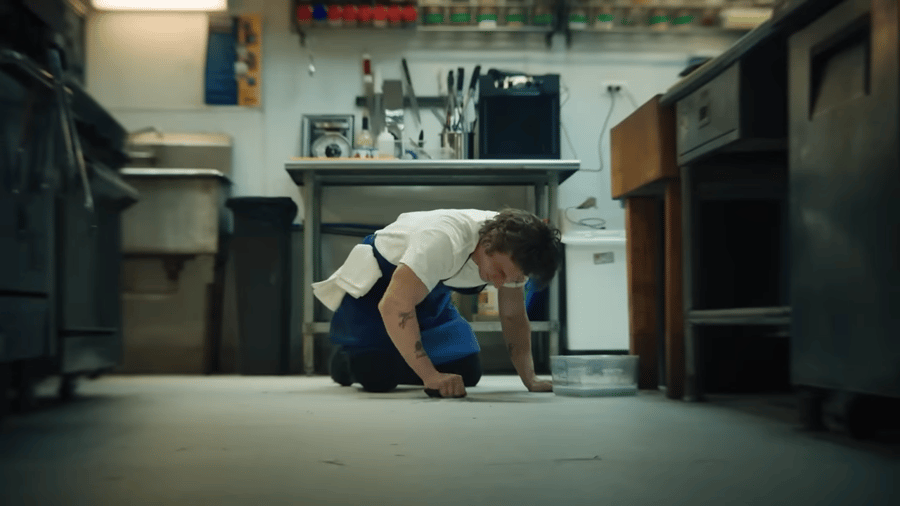 Being able to work with good music is fun. Those songs almost became a score to an extent when you're playing them out. I tried a bunch of different songs for a scene initially, and then at some point, Chris and Josh (Senior, executive producer) were like, “Let's use this REM song as the end song.” So then I'd start to think about what within this song could I use, like a guitar solo or something. You start working backward. It was the reverse scoring of making it fit within the beats of the song without it feeling forced into those, just as everything would connect naturally to where the music was moving. — Adam Epstein 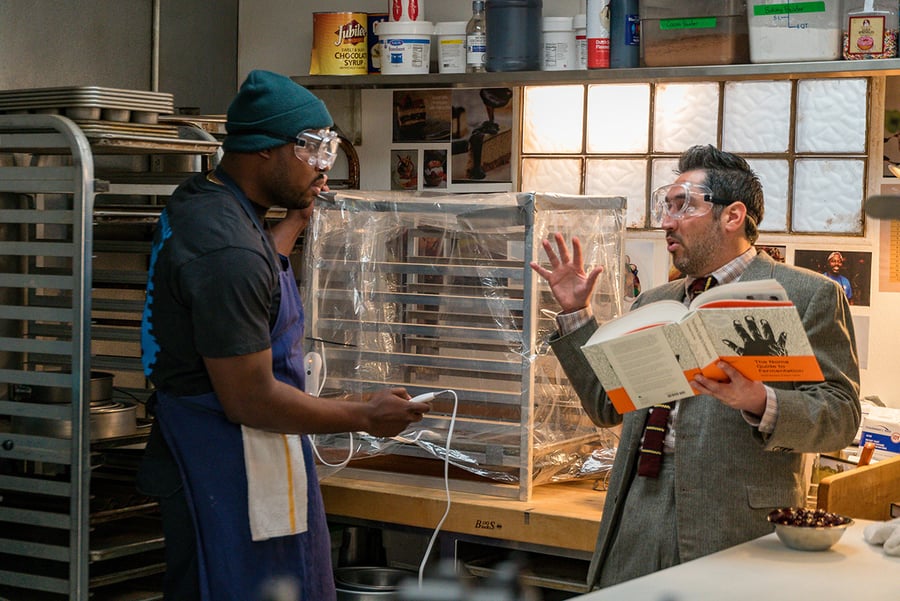 One of my favorite crosscut moments in the season is in episode five, when Sydney, Richie, Carmy, and Marcus are all spiraling out of control. They are in the same building, but they are clearly all so focused on different things that it almost could be anywhere. I feel like that just built to this moment, and then everything shuts down, showing that all these people are unaware of how the other one is impacting what's about to happen. — Joanna Naugle 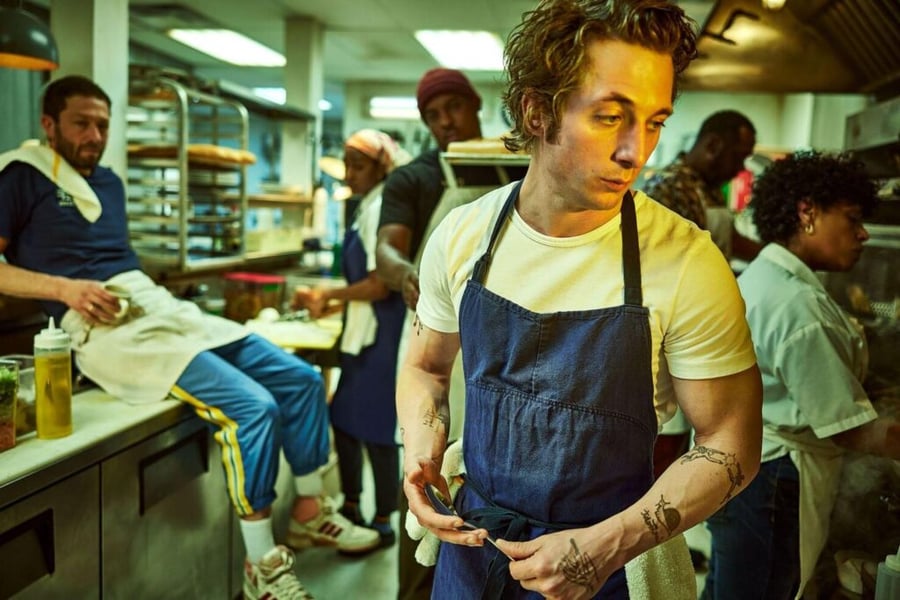 In a kind of cliché way, I feel so much of this show is a lot like cooking in the sense that you have guidelines as far as the things that you obviously can't do, such as burn something, but at the same time, so much of it is based on a feeling or a gut instinct in the moment. It's not necessarily “Oh, we did this because of this and this.” It's much more, “Oh, we did this because that felt right or interesting at the moment.” It’s a hard thing to codify and to put down in words. If someone said, “Here's the post-Bible on The Bear,” I don't really know what would go in it, truthfully. — Adam Epstein

Want more? Read the full AOTC interview and listen to the full pod

To Infinity and Beyond with Lightyear

Top 10 quotes from animation editor Anthony Greenberg on what it's like working at Pixar and the editing the sci-fi space adventure.

All Shook Up with The Editors from Elvis

Top 10 quotes from Baz Luhrmann's team on what it was like to work on the film — from massive amounts of footage to the role of assistant editors.